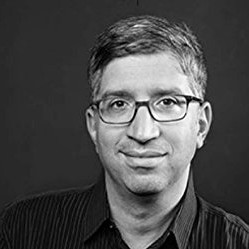 Nicholas Dagen Bloom is a Professor of Urban Policy and Planning at Hunter College. His research analyzes long-term planning outcomes in essential urban systems such as subsidized housing and mass transportation. He is the author of Suburban Alchemy (OSU, 2001), Merchant of Illusion (OSU, 2004), Public Housing That Worked (Penn, 2008), The Metropolitan Airport (Penn, 2015), and How States Shaped Postwar America (Chicago, 2019). He is co-editor of four edited collections including the prize-winning Public Housing Myths (Cornell, 2015) and Affordable Housing in New York (Princeton, 2015).

Professor Bloom has been quoted extensively on housing and other topics in media outlets including WNYC, The New York Times, CNN, and The Washington Post. As a frequent contributor to Gotham Gazette, he has written extensively on issues related to public housing; his editorials have also appeared in Newsday, The Daily News, and City Limits. As a co-curator of housing exhibitions at Hunter College and the Skyscraper Museum, he has highlighted overlooked dimensions of community life. Bloom frequently joins panel discussions on issues of concern to planners, historians, architects, and the general public. He has taught urban affairs courses to thousands of students in previous positions at NYIT, NYU, and Tulane.

His new book, The Great American Transit Disaster: Austerity, Autocentric Planning, and White Flight (University of Chicago Press) will be published in March of 2023