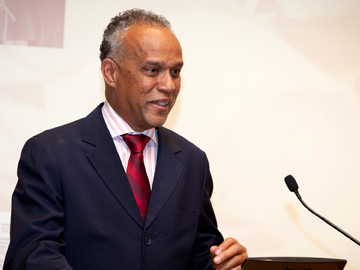 Ph.D. in City and Regional Planning with a concentration in Economic and Community Development, Cornell University

Sigmund C. Shipp currently is the director of the undergraduate urban studies program. Under his supervision, the program has expanded to a 30 credit program with new offerings that include an urban studies workshop, quantitative analysis, and a structure internship program. His teaching has been far reaching and has included Urban Policies and Plans, Planning Economic Development, Citizen Participation, and the Urban Development Workshop.

His research has ranged from a focus on worker-owned cooperatives, urban renewal, and neighborhood development in the African-American community to his current study of white poverty. His funded research has included support from the Ford and Anne E. Casey Foundations. He played a principal role in developing urban studies as a major for CUNY’s New Community College and helped convene Erasing Boundaries, a national conference on service learning in America, held at Hunter. He has served as a member of the IRB and the Pre-Health Committees at Hunter and was most recently invited to be a board member of the Martin Luther King Community Health Center—a subsidiary of the Bronx-Lebanon Hospital. He most recently developed the department’s first undergraduate/graduate course that focuses on issues of race, class, gender, and sexual orientation in urban areas.