Planning and Community: A Conversation with Mitch Silver

Planning and Community: A Conversation with Mitch Silver

Mitchell Silver, MUP ’93, one of the Department of Urban Affairs and Planning’s most prominent graduates, is the first recipient of the department’s newly created Robert C. Weaver Distinguished Service Award. Silver is president of the American Planning Association (APA), a 43,000-member organization that provides leadership in community development.

The award was presented during a ceremony held September 16th at Hunter’s newly restored Roosevelt House Institute for Public Policy. The event also introduced the department’s new Urban Dialogue series, which recognizes trailblazers in urban planning and policy who uphold the ideals of Hunter’s Urban Affairs and Planning Department – in particular, innovation, advocacy and commitment to diversity.

Silver is currently director of city planning in Raleigh, N.C. He has served as deputy director in the Office of Planning in Washington, D.C.; Northern Manhattan planning and policy director for the Manhattan Borough President’s office; a planner in the New York City Planning Department, and president of the New York Metro APA Chapter. Articles by him have been featured in Time.com, New York Times, Planning Magazine, CNBC.com, The Triangle Business Journal, Crain’s Business Journal and on National Public Radio.

The Urban Affairs and Planning faculty created the Weaver Distinguished Service Award in honor of Robert C. Weaver (1907-97), who served as a distinguished professor in Hunter’s UAP department from 1970 to 1978. Dr. Weaver was nationally recognized for his pioneering innovations in housing policy. In 1965 President Lyndon Johnson named him as the first secretary of the newly created U.S. Department of Housing and Urban Development, making him the first African American to serve in a presidential cabinet.

The inaugural Urban Dialogue was titled Planning and the Community: A Conversation with Mitch Silver and featured a conversation between Silver and Eugenie Birch, his former professor and mentor. Birch, a former chair of Hunter UAP, currently serves as chair of the Graduate Group and co-director of the Institute for Urban Research at the University of Pennsylvania. At one point in the dialogue, Silver laid out what many in the audience recognized as a new direction for planners: “We need to become a profession of big thinkers again, visionaries who think in the long term… We need to fall back in love with planning.”

Joseph Viteritti, Chair of Hunter UAP, summed up the ceremony, saying “What began as an event to recognize the work of one of our most accomplished alums, Mitch Silver, grew into an opportunity to celebrate Robert Weaver, the distinguished history of our department, and our common sense of purpose.” 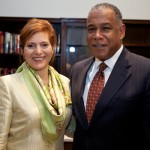 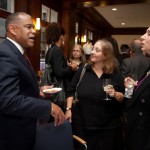 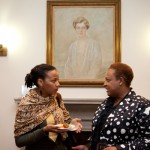 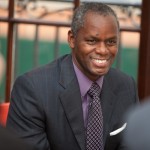 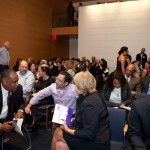 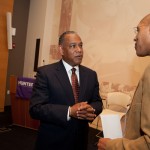 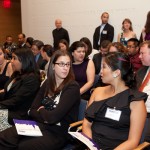 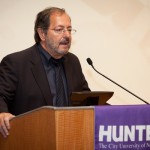 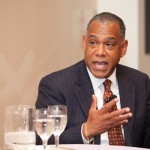 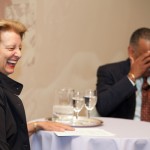 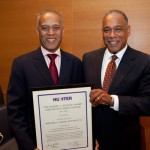 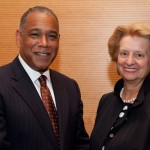