The Regional Plan Association is America’s oldest independent urban research and advocacy organization and has been a major player in shaping urban/regional planning thought and practice. Recently, the RPA launched a multiyear initiative to create a Fourth Regional Plan – a blueprint for the region’s growth, sustainability, good governance and economic opportunity for the next 25 years. The initiative was launched in April 2013, and the final plan will be released in April 2016.

Working closely with RPA staff, this studio will contribute research and recommendations for possible inclusion in the final plan. The studio will look particularly at the possibilities for developing a regional trails system. What would a regional network of hiking and biking trails in the New York metro are look like? How could it be integrated with and help maintain “gene-ways” (migration routes that are essential to maintaining healthy wildlife populations)? RPA’s first three regional plans provided the impetus for the creation of the region’s one-million acre open space system, a network of regional, state and national parks, and a new network of large regional reserves that protects the region’s most important public water supplies and ecological systems.

This studio would explore the possibility of building on these achievements and enhancing them by creating a network of hiking and biking trails. The studio would conduct a regional analysis of existing trails and gaps and then zoom in to specific sites in order to develop models that could be applied regionally. 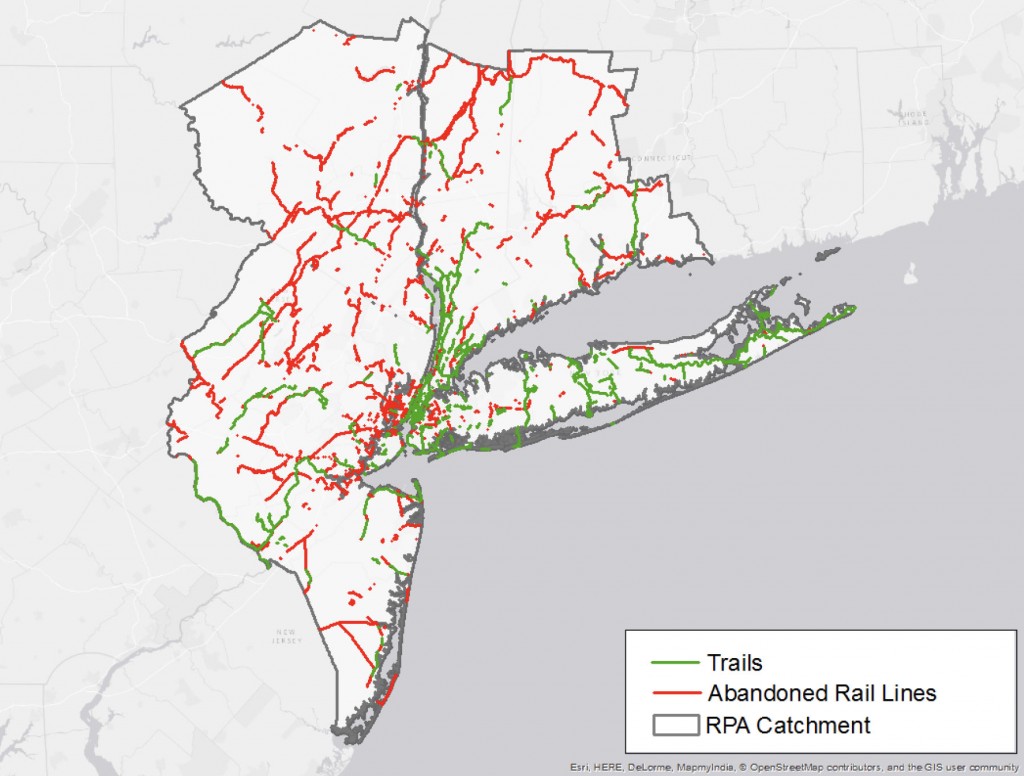