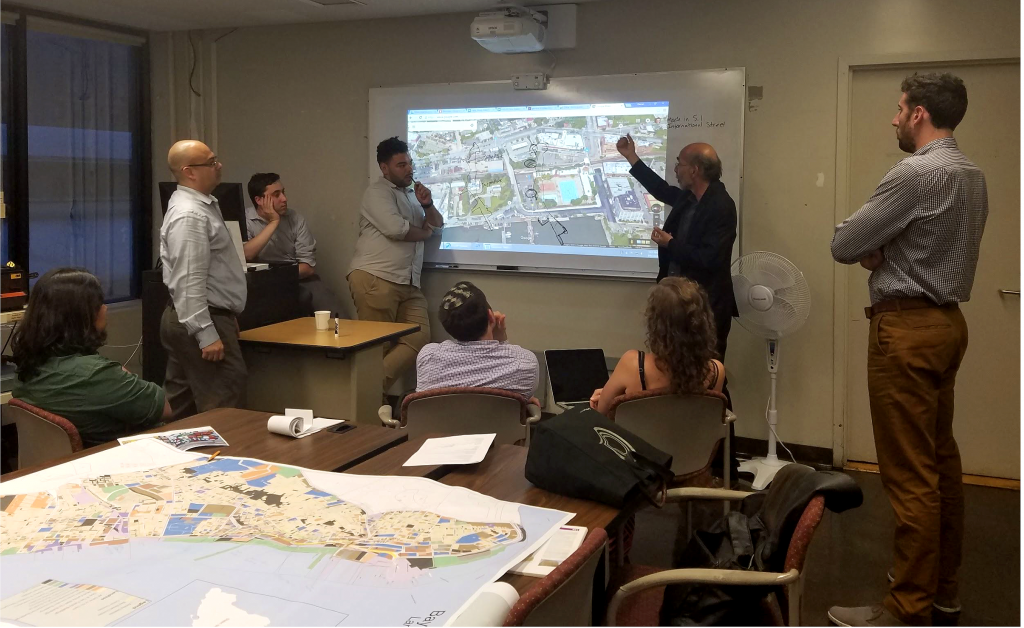 Currently experiencing a rebirth after many years of neglect, the North Shore of Staten Island is once again at a historic crossroad. Large-scale development and investment along the waterfront and in the St. George civic center is attracting new businesses, middle-income residents and workers to the area, and the streets are livelier than in the past. The New York Wheel, Richmond County Bank Ballpark, Empire Outlets and the Staten Island Ferry Terminal anchor the north end of Bay Street and the midpoint of the proposed Downtown Commercial Corridors of Staten Island (DoCoCo) Study Area.

NYC’s Department of City Planning (DCP) is in the initial phases of a land use and planning study that seeks to rezone a portion of Bay Street and encourage the development of affordable housing. The client – Staten Island Downtown Alliance – would like the studio to fill the gaps in that study and offer meaningful recommendations for zoning, economic development, and place-based improvements.