“When all is said and done, New Yorkers see themselves as citizens of the city, residents of a borough, and members of a community. The hierarchy of power may reside at City Hall, but the rhythms of daily life pulsate from the neighborhoods…. This is New York.”

From When Mayors Take Charge

Professor Joseph Viteritti’s love of New York City is as palpable as his passion for education reform and a commitment to social justice that cuts across a broad range of urban policy issues. A proud graduate of Hunter College and a member of the Alumni Hall of Fame (2001), he returned to Hunter in 2003 after teaching at Princeton, Harvard, NYU (Wagner and Law Schools), and the State University at Albany. 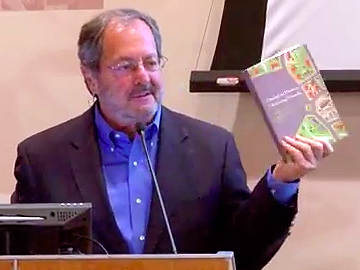 He has written widely on politics, history, law, education, religion, and urban policy. His book, Choosing Equality, helped broaden the national debate on school choice beyond narrow considerations of market efficiency to a larger concern for educational opportunity. He gave expert testimony for the winning side in the Zelman v Simmons-Harris Cleveland school voucher case decided by the U.S. Supreme Court in 2002, and in 2008 was invited to speak at a White House Summit on education policy. His work has been translated into Chinese and Spanish.

Professor Viteritti frequently crosses the boundaries between government and the university, and brings his blend of practical experience into the classroom. As a graduate student he worked as a consultant in the city parks, highways and sanitation departments. Upon receiving his doctorate, he was appointed special assistant to the Chancellor of Schools in New York, before going on to advise school superintendents in Boston and San Francisco. He has served on numerous panels appointed by governors and mayors dealing with city charters, secession, school governance, police violence, jail reform, civic education, and compensation.

Since coming to Hunter, he has played a lead role developing the Public Policy Program at Roosevelt House, and has served as Chair of the Urban Affairs and Planning Department since 2008. His recent book, Summer in the City, delves into the tumultuous politics of the 1960’s when John Lindsay was mayor of New York.