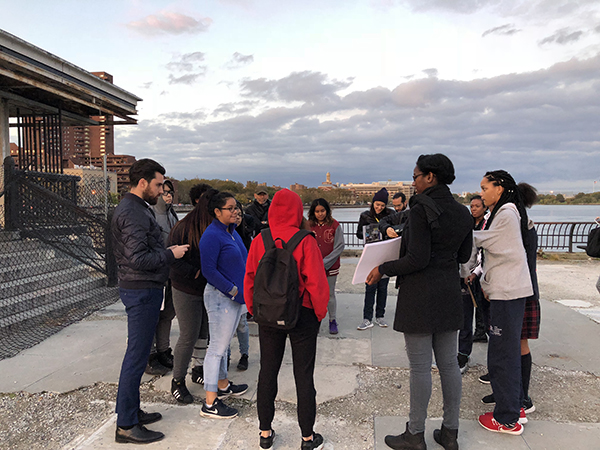 Many of the city’s former industrial waterfronts in wealthier neighborhoods have seen abundant investments for revitalization efforts, but waterfront projects in densely populated and poor neighborhoods, including East Harlem, have been chronically underfunded. East Harlem is home to a large concentration of public housing, with over 30 percent of neighborhood residents living below the poverty line. Residents suffer from asthma and obesity at higher rates than surrounding neighborhoods. Focusing on the East Harlem Esplanade and improving access to the East River is an indispensable step to improving the health of the East Harlem community. 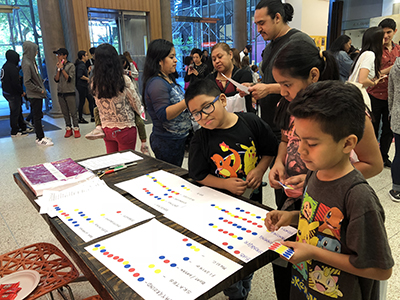 Our studio, El Paseo del Barrio, set forth to examine the connections between the built environment, access to open space and community health. We used the East Harlem Esplanade between East 96th and East 132nd Streets as a case study for analyzing connections to negative health outcomes. Ultimately, we crafted a set of recommendations for the Manhattan Borough President’s Office to identify policy and advocacy objectives for promoting increased access to this underutilized waterfront. The studio examined other factors that may contribute to the stress and long-term health of the community such as future flooding and impacts from climate change. In addition to examining the connections between the built environment and public health, our research methods and consideration of our client’s needs led us to look at the following overlapping outcomes: resiliency and ecology, culture, and wayfinding.

We propose transforming the waterfront into a bio-habitat area where the urban and natural meet, and where the recreational waterfront can also become a place of eco-escape. Guided by the principles of “biophilia,” we envision expanded green space in order to reconnect with nature and improve physical and mental health. Using resilient and multi-purpose infrastructure, the waterfront would become better equipped to handle flooding and extreme storms. Our studio also examined ways in which the waterfront could be used to define cultural identity. Using the idea of “creation of place” in the context of the neighborhood’s historical diversity and culture, we propose programming and events at the waterfront to foster pride in place. We sought to promote a way finding program to increase awareness of access to the waterfront. Our wayfinding strategy would better identify points of access over the FDR Drive and support the creation of recognizable places for residents and visitors of East Harlem.