The Living Rockaways studio produced a series of short documentaries collaboratively with filmmakers from the Hunter Integrated Media Arts program, and Far Rockaway residents and activists. The films follow community groups working to improve housing conditions, create jobs, and have a say in plans for their neighborhoods. The goal of the filmmaking process was to help amplify residents’ voices and facilitate community involvement in urban development projects in the Rockaways. 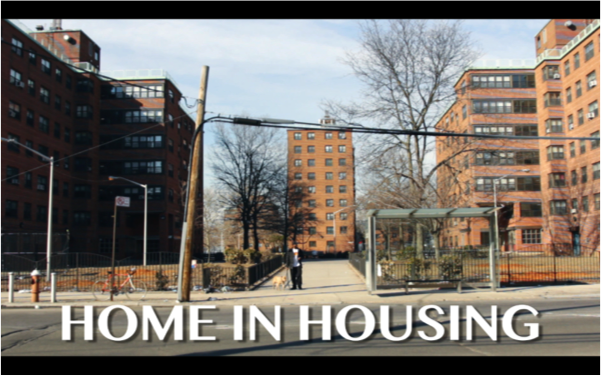 The goal of the studio more broadly was to demonstrate that urban planners have tools beyond policy briefs and technical memos at their disposal in the search for ways to create meaningful community involvement in the planning process. Working with local organizations and individual community members, the members of the studio witnessed the power of film to enrich the conversation around development issues in several ways: 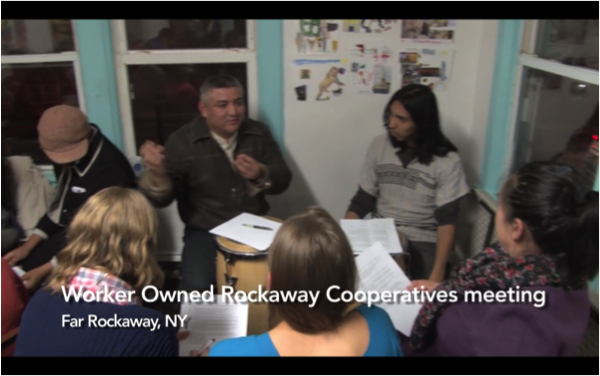 By creating three 15-minute films in place of a traditional written report, the Living Rockaways studio hopes to encourage other planners to consider the innovative forms that urban planning can take.

The devastation wrought by Hurricane Sandy in October 2012 focused a great deal of attention on the Rockaway peninsula in New York City. Pictures of debris-strewn streets, collapsed houses, and shattered boardwalks ran alongside human-interest stories of courage and fortitude in the face of disaster. These stories entered the national and regional consciousness forcefully, but fleetingly, and without context. What are the Rockaways like, and what issues have residents faced before and since the storm? What has the storm and recovery revealed about local issues, politics, policies, and urban planning? What do residents and local organizations want and need for the future? How do these issues differ across neighborhoods and racial, socioeconomic, and cultural groups? What opportunities (and challenges) do residents have to shape the future of the Rockaways?

In search of answers to these questions, the studio joined with graduate media students from the Integrated Media Arts Program, and partnered with Rockaway Wildfire, a local grassroots group working to strengthen and empower the community to be involved in the redevelopment and planning of the Rockaways. From September 2013 through June 2014, the studio conducted extensive research, including outreach meetings and interviews with community residents and leaders. We identified three key issues that Rockaway activists are working to address: conditions in public housing; unemployment and economic development; and a large-scale development planned for vacant City-owned land.

The final films each address one of these issues. They draw on information from government data and community surveys, academic experts and local community leaders, elected officials, interviews with residents, and community meetings. Each film was produced collaboratively by the urban planners, filmmakers, and Far Rockaway residents and community groups.

We completed the films in June 2014 and held our first screening of the LIVING ROCKAWAYS: 3 STORIES series at the Far Rockaway Public Library. We have shown the films throughout New York City (we’re always looking for new opportunities!) and continue the conversation online. Through screenings and discussion of these films, we aim to move beyond post-Sandy news coverage to explore the issues that have long faced Rockaway communities—and opportunities for residents to address these issues and shape the future of the place they call home.